skip to main | skip to sidebar

How the Grinch Stole Referrals

Every person in the world liked referrals a lot
But the Grinch absolutely, absolutely did not.
The Grinch hated referrals, the whole referral season
Now, please don't ask why, no one quite knows the reason
It could be his head wasn't screwed on just right
It could be perhaps , he was always uptight
But I think that the most likely reason of all
May have been that his heart was too sizes two small.
Whatever the reason, his heart or his head
He hated these rumors that he daily was fed.
Staring down from his home with a sour grinchy frown
At the nurseries being readied in every small town
For he knew every family from right here to right there
Was busy now buying cribs and a new high chair
"And they're buying up diapers," he snarled with a sneer
"This week are referrals, they're practically here."
Then he growled with his grinch fingers nervously drumming
"I MUST find some way to stop referrals from coming."
For this week he knew, all these mommies and dads
Would wake bright and early for referrals they had
And then, Oh the NOISE, oh the noise
Noise, noise, noise
That's the one thing he hated! The Noise
Noise! Noise! Noise!
Then these people young and old would sit down and cry
And they'd cry and they'd cry, and I don't understand why.
They'd cry over the hair, that stood in the air
Over just a small picture they'd thousand times share
And THEN they'd do something he liked least of all
The mommies and daddies, the tall and the small
Would all share together the pictures received
The hope for this child, they always believed
And the more the grinch thought of the joy this would bring
The more the grinch thought "I must stop this whole thing."
Why for years I've put up with it now
I must stop referrals from coming! But How?"
Then he got an idea! An awful idea!
The Grinch got a wonderful awful idea!
"I know what to do," the grinch laughed in his throat
And he made a quick Fedex hat and a coat.
And he chuckled and clucked, "What a great grinchy plan!"
"With this hat and this coat, I'll look just like the man
All I need is a truck and I'm ready to go
To the homes in Chicago and south Idaho
Then the grinch started his truck and began his trip
To each waiting family he would quietly slip
All the families were waiting, for him to get there
The waiting was something they could hardly bear
When he came to the first house down on the street
A woman attacked him before he got out of his seat.
"Gimme my package!" the woman she cried
And the grinch stood no chance no matter how he tried
"There are no referrals," the grinchy man hissed
Before he was pummeled by a left and right fist.
"What do you mean?" the woman she screamed
"Gimme my referral for this day I have dreamed."
"But the grinch slipped away, a rather tight pinch
If Fedex men could stand it, then so could the grinch.
But you know that old Grinch was so smart and so slick
He thought up a lie and thought it up quick
"Why my sweet little lady" the fake Fedex man lied
"They're having some problems on the CCAA side."
"So you'll just have to wait another month or two
And when I get your referral, I'll bring it to you."
And his fib fooled the lady, as tears filled her eyes
As he left he could hear her long sobbing cries.
Then he did the same thing to the other people's homes
Lying about referrals, or writing silly poems
"pooh-pooh to the people" he was grinchishly humming"
They're now finding out no referrals are coming."
Their mouths will hang open a minute or two
Then all the mommies and daddies will all cry "Boo-hoo!"
That's a noise," grinned the grinch, "That I simply must hear,"
So he paused and the grinch put a hand to his ear
And he did hear a sound from the people below
It started in low and it started to grow
But the sound wasn't sad, why the sound sounded merry
It souldn't be so, but it was merry! Very!
He stared at the people, the grinch popped his eyes
Then he shook, what he saw, was a shocking surprise.
He hadn't stopped referrals from coming, they came!
Somehow or other they came just the same.
And he puzzled three hours till his puzzler was sore
Then the grinch thought of something he hadn't before
Maybe babies, he thought, don't come from the Fedex cart
Maybe babies they're born right in the heart
And what happened then, well in some town they say
That the grinch's small heart grew three sizes that day.
And the grinch brought the referrals back to each one
And now it is time that this journey begun!
Posted by Mary at 6:43 PM No comments:

Well, nine years ago today our lives changed forever. We were blessed beyond compare. At 8:08 pm, weighing in at 8lbs. 7 oz James came quietly into the world. He cried a little, but was really very peaceful. He has retained that amazing peace about him ever since.

In the past nine years we have watched a chubby, bald baby grow and change. We remember fondly all the ringlets of blonde curls that covered his head. How is Bama LOVED those curls! She begged us not to cut his hair.

In what felt like the blink of an eye, James was walking. He was only 9 months old, at Nana and Grampy's camp when he started to try out those chunky legs. He wobbled. He smiled. He worked so hard! Mary kept sitting him down.. not wanting him to grow up so quickly! There was NO stopping him.

Next thing we knew James was talking. Now, anyone who knows James, knows that talking is his thing. After the initial babbling of Mama and Dada which thrilled us beyond compare came James favorite thing the in world.... "elephant" Yes, one of James' very first words was elephant. James still loves elephants today. His vocabulary grew so quickly! He would talk and laugh and talk some more. He was such a happy little guy.

The next few years flew by... (don't they all!) James grew and changed, but yet somehow remaining the same. James started school and blossomed in ways we could have only dreamed. In Kindergarten, we realized that James was one smart cookie. His Kindergarten teacher told us his vocabulary far surpassed his peers. We now know, that someday soon, we will not be able to help Mr. James with his homework We have decided that intelligence skips a generation! It skipped right on past us and landly solidly on James. Grampy and Papa... (yes, Nana and Bama, too) are some of the smartest people we have ever met. He is so like his namesakes!

Now, James is in his third year of Cub Scouts, LOVES books, Star Wars, Harry Potter and most of all his brother. He has become all of our dreams realized. He is a good person, a loving brother and son, a hard working student, a giver, a gem.

We feel so blessed to have him in our lives and cherish each and every day.

Well, we had the wake for my mother-in-law on Thursday and burial on Friday. It is strange to have this all completed, yet still feel so up in the air. I was asked to give the eulogy, which I did. That is something I never thought I would be doing!! I hope I brought Jerry some peace by doing that. It was rather surreal. I guess I never really thought of myself as someone to give a Eulogy. It is such an honor, yet such a difficult task.

We were fortunate to be surrounded by family and friends. So many people came through for us all in such amazing ways. All 7 of Jerry's cousins were here. My cousins and aunt and uncle also made appearances. Ilene was a tremendous rock and help. The list just goes on and on.

Thank you to everyone who sent well wishes and condolences. It is appreciated.
Posted by Mary at 1:21 PM No comments: 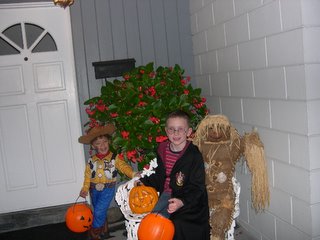 and hoping for an uneventful Tuesday. It is amazing how busy I am right now. I went back to work today hoping it would be the best choice. I am really not so sure. It is difficult to work, help plan a funeral, care for two children, make arrangements for out of town guests and be there for a husband whose heart is breaking. I hope my working a few days this week will not make life harder on him.

I was sitting at the kitchen table last night and realized I am a little more at peace with this wait for referral. I believe in my heart that my MIL will watch over Madeline until we can get her safely into our arms. Mom was always a fierce protector of her children and grandchildren. Her love for her family was unwavering. I know she is Madeline's guardian angel right now. That does give me a small semblence of comfort. I hope this also will give Jerry some comfort right now. He is struggling. I can't imagine what he is going through and DREAD the thought that I, too, will go through this some day.

If you are a prayerful person, please keep my family in your prayers right now. We need it. My DH needs it. My children need it. And... even though I am trying to be the rock for my family right now... I need it.
Posted by Mary at 12:01 AM No comments:

13 And now abideth faith, hope, charity, these three; but the greatest of these is charity.

Who Am I Reading?